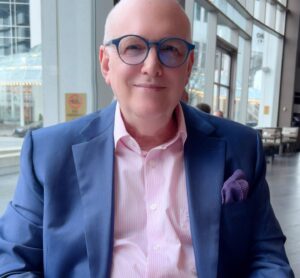 Dr. Harry O. Maier received a Bachelor of Arts degree from Pacific Lutheran University, a Master of Divinity degree from the Lutheran Theological Seminary, Saskatoon, and a Doctor of Philosophy degree from Oxford University.

He has served two parishes of the Evangelical Lutheran Church in Canada in Victoria and Delta, British Columbia. From 1991-93, he was a post-doctoral research fellow at Vancouver School of Theology and the University of British Columbia. He has been a full-time member of VST’s faculty since 1994.

Dr. Maier is a Fellow of the Alexander von Humboldt Foundation (University of Heidelberg, 1999-2000; 2004; Erfurt University 2012; 2017; 2022), was Father Edo Gatto Chair at St Francis Xavier University in 2003, a visiting Professor at the University of Exeter in 2009 and Martin Luther University, Halle in 2022 and has been a fellow of the Max Weber Center for Advanced Cultural and Social Studies at the University of Erfurt since 2012. In 2009/10 he was awarded with Robert Daum an Association of Theological Schools Collaborative Research Grant on the theme, “Disturbing Images: Reading Civic Ideals in early Judaism and ancient Christianity against the Backdrop of Roman Imperial Iconography”. He publishes in a variety of areas, including the representation of violence in Antiquity; ancient and contemporary apocalyptic theology; ecotheology and the New Testament; Roman imperial iconography and New Testament theology; the social meaning of clothing in Antiquity; Second Century Christianity — especially Ignatius of Antioch, the Shepherd of Hermas, and 1 Clement; heresy and Christian diversity in the 4th and 5th centuries; and spatiality and ancient Christianity. In 2009, when guest professor in Exeter, he offered research on the use of the Book of Revelation in American Evangelical environmental ethics. He has published several monographs that include a study on the Book of Revelation (Apocalypse Recalled: The Book of Revelation after Christendom, 1991, reprinted 2002), an analysis of the later Pauline letters with the use of imperial imagery (Picturing Paul in Empire: Colossians, Ephesians, and the Pastoral Epistles against the Backdrop of Roman Imperial Iconography, 2013), and a study of the New Testament in its Roman context (New Testament Christianity in the Roman World, 2019). He has co-edited numerous volumes and journal volumes, that include Before Theological Study: A Thoughtful, Engaged, and Generous Approach (2021, co-edited with Ashley Moyse and Richard Topping). In the last three years he has published dozens of essays applying spatial studies to early Christianity. He is preparing together with Emiliano Urciuoli and Heidi Wendt the Oxford Handbook of the New Testament in the Roman Empire (forthcoming 2024). He is presently working on a volume entitled, Place Entrepreneurs: Spatial Imagination, Urbanity and Lived Religion in Second Century Christianity which is his contribution to the DFG funded  Religion and Reciprocal Formations project at the Max Weber Center for Advanced Cultural and Social Studies at the University of Erfurt (the project description can be found here), and which he anticipates will be published by Oxford University Press. He is a fellow of the second phase of the Religion and Urbanity Project.